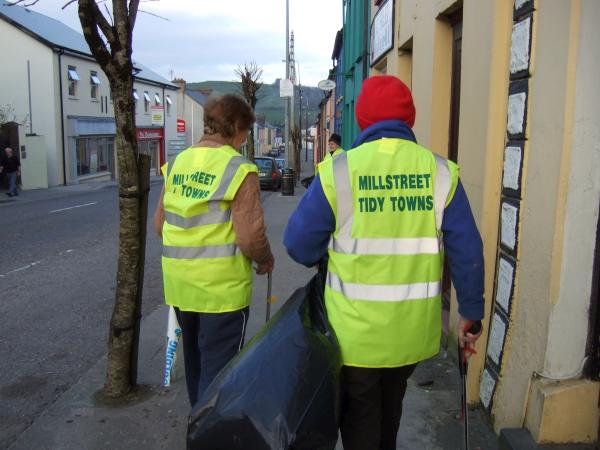 Ireland had been markedly litter free and one thing that helped was the absence of plastic bags as it has been many years since shopkeepers were allowed to give them out. If you need a bag then your shopping is put in a quite strong brown paper bag and I did not see plastic bags used generally at all. The only time I did see a plastic bag was in a hedgerow. Though the towns were litter free, not infrequently I had seen, thrown at the side of the road, a collection of items together: used coffee cups, sandwich packets and empty bottles and cans – Red Bull seemed popular. It is not usual to see the same thing in England but it was really noticeable in Ireland, perhaps because everywhere seems so tidy or perhaps it is more frequent in Ireland.

In the morning I asked Noreen why this happened and she said it was a problem as the litter was thrown out of cars from people who had been to a takeaway. She said that litter generally was an issue and I mentioned that I had seen, when coming into Millstreet, a display which said that the town had won three Bronze medals in the Tidy Town competition. She said she had been involved with the group trying to keep the town clear of litter. In 2016 Millstreet had won 1st in the Anti Litter competition and a Bronze Medal in the Tidy Town Competition. There was a further Bronze Medal in 2017. It was hard work for their group to keep on top of it, and she told me of a friend who always went out from 6am to 8am on Sunday mornings. The Tidy Town award went beyond litter and took into consideration more general improvement and conservation
including flower beds.

I had not realised that the freedom from litter I had noticed the previous day in Fermoy probably represented a lot of voluntary work, so I looked on the Internet and found a picture of very cheerful Fermoy volunteers with spades and hoes. 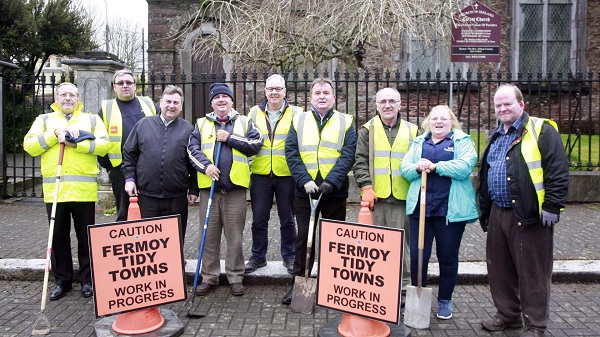 View all posts by westandfurthestwest